Time for a Change I am going to change this blog into a mostly gardening and cooking blog. There probably won't be much progress until gardening season slows down for the winter. Here's a couple of pictures of the garden earlier this season: 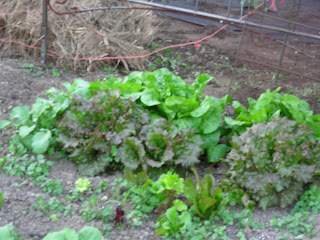 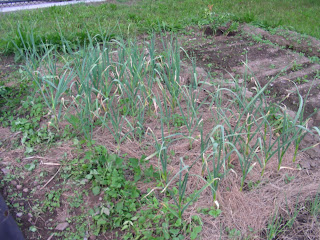 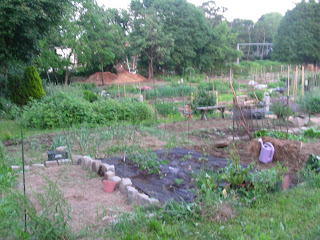 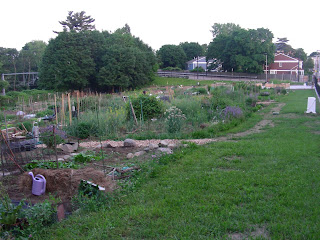 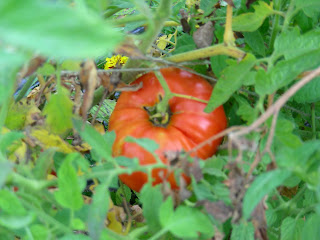 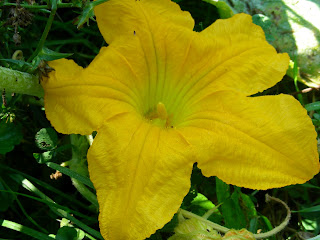 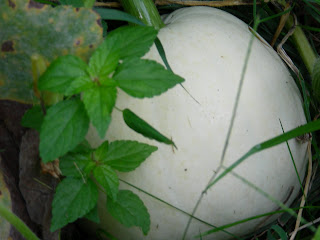 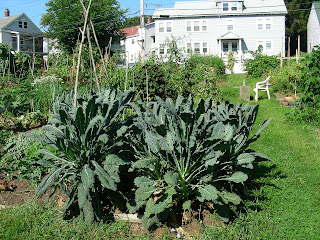 Posted by Rugosa at 8:45 PM No comments:


It's not often I read or contemplate Megan McArdle. She is one of the reasons I stopped subscribing to the Atlantic - I can read James Fallows online - but is such a low-hanging piece of fruit that parsing her word salad is just too easy to be fun. In the spirit of Thanksgiving, though, I followed TBogg's link to her WSJ review of two books, Shiny Objects by James K. Roberts and Against Thrift by James Livingston. I haven't read the books, so I am commenting on her review of them. If I misunderstand the authors' points, it's because I'm relying on McArdle's reporting of them. You could parse her review sentence-by-sentence, but life is too short, so I'll just make a few points.

McArdle tells us For decades, Americans have wallowed in credit, shunned savings and delighted in debt. In 1982, the personal savings rate was 10.9% of disposable income, by 2005 it had fallen to just 1.5%. It has since rebounded, but remains a measly 5%. What she doesn't tell us is that wages for most Americans have stagnated over that time period. Collectively, we have dipped into the equity in our houses - the only asset most of us possess - to maintain our consumerist lifestyle. For some, assuredly this fueled some foolish choices on spending for vacations or higher-end clothes and gadgets, but for many home equity has been the only source of funds for home maintenance, necessary automobiles, and education.

[Roberts] still exudes that particular sanctimonious anti-materialism so often found among modestly remunerated professors and journalists. Ooh, Megan does snark. For Megan, money is the measure of worth, and those "modestly remunerated" must just be jealous of her toys.

One of the running themes of the economist Robin Hanson's excellent blog is that arguments like the ones found in these books are actually an elite-status proxy war. Class warfare! Which, as we all know by now, is only a bad thing if the peasants are attacking the nobles.

Mr. Livingston . . . claims that the "Bush tax cuts" caused the housing bubble by leaving those over-saving rich with too much money to play with even though three-quarters of the lost tax revenues stayed in the hands of people making less than $250,000 a year—the de facto threshold for "rich" established by the Obama administration. According to the Census Bureau, 2.6% of families earned $250K or more, in 2009 dollars (http://www.census.gov/compendia/statab/2012/tables/12s0696.pdf), and there are 111,806,000 households (publication 2-9.xls at census.gov). Let's say the Bush tax cuts returned $1 million in total (I'm using round numbers so it's easy for Megan to follow.) 2.6% of households shared $250,000, and 97.4% shared %750,000. The rest of my work is shown below:

Multiply those pennies by the number of millions the Bush tax cuts returned, and it's obvious who got enough money to play with, and who got enough to pay a few bills. I'd look up the actual number, but I've already spent more time on this than McArdle deserves.

Do read TBogg's post and the excellent comments! They focus on McArdle's framing device for her review - her purchase of a $1500 food processor - and properly eviscerate the pretentious twit. Anyone who needs a $1500 food processor to make bechamel is not a cook, and anyone who can't use a calculator is not fit to be an economics and business editor.
Posted by Rugosa at 7:27 AM No comments:

This time of year, the subject on the cooking pages is turkey. Nearly every article on how to cook a big bird starts out by declaring turkey to be dry and tasteless, but if you must have one on the Thanksgiving table for whatever benighted reason, the author's method (which is more involved than a NASA moon launch) is the only one that will yield a moist, flavorful bird. The two main parts of the author's argument will be (1) don't stuff the bird! you will die of food poisoning! and (2) the legs and breast cannot possibly both be properly cooked at the same time.

I've eaten and/or cooked 50-some turkeys by now, and with few exceptions*, they have been moist and flavorful. Here's how to cook a delicious turkey:

1. Stuff the damn bird. Stuffing adds flavor and moisture (duh). If you prefer dressing cooked in a separate pan, fill the bird's cavity with chunks of onion, carrot, celery, garlic, and if it sounds appealing, an apple or lemon or two. The pan drippings, and thus your gravy, will be all the better.

2. Baste the bejesus out of it. Smear butter all over it to start, and add some stock or wine to the bottom of the pan if you like the idea. Once the cooking gets going, use the juices in the pan.

3. The bird is done when the thigh joint is loose. Use a meat thermometer if you're not confident about judging when the bird is done. Don't rely on the pop-up timer if the bird has one. It's probably calibrated to cook the bird to operating-room levels of sterility. Remember the bird continues to cook for a while after it's out of the oven, so allow for resting time.

And that's it. If you're taking timing directions from a recipe and the bird comes out dry, the directions are wrong. Since I cook a smallish bird if I cook one, I like the directions in Joy of Cooking: start with the oven heated to 450, then turn it down to 350 for 20-25 minutes per pound. And baste the bejesus out of it.

*One exception was a bird produced by an indifferent cook who didn't stuff it, and then followed the timing directions to the minute rather than relying on testing the bird. She used Stove Top pre-made dressing, too, which shows she was not a real cook. A couple of others have been off-years from otherwise good cooks. It happens to the best of us.
Posted by Rugosa at 1:04 PM No comments:

These people are playing with the fate of the country, and do not care about the consequences. There have been many changes in America since the 50s - civil rights, women's rights, environmental protection - and all of these were accomplished by working to achieve majority support. None of them were accomplished by taking the country hostage, determined to wreck things completely if they aren't allowed to wreck selectively.
Posted by Rugosa at 2:40 AM No comments:

What's Happening in the Garden 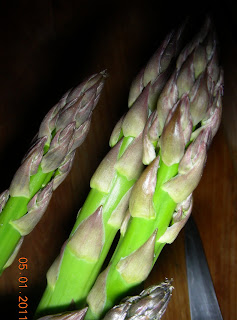 My first harvest of the season was overwintered kale and cabbage sprouts, made into a couple of delicious spring-tonic soups. Last week, I harvested the first asparagus, with more on the way. My mind is reeling from the wealth! So far, I've made (a) salad from the tenderest tips, raw with a little vinaigrette; (b) an omelet with mushrooms, asparagus, and a little parmesan; (c) simply steamed. Oh, yes, and the stems went into the cabbage-sprout soup, along with parsley that also overwintered.
Posted by Rugosa at 10:12 AM No comments:

What I've Been Reading on the Intertubes


I just caught the Taibbi-McArdle smackdown at Tbogg’s place, and my mind is further boggled by McArdle’s career ascent. She is woefully unprofessional: a serious lack of preparation, a shifty-eyed demeanor, and a distractingly unattractive hairstyle.

She doesn’t do research, so she is left with only the most threadbare of arguments. Of course, Goldman Sachs ripped off their clients – every seller does! She accepts a second-hand report that GS perfomed proper disclosure; Taibbi, who actually read the pertinent documents, says no they didn’t. Who should the audience believe? She finally falls back on her classic assertion that everything is very complicated, so no one can really understand it.

Anyone in the public eye knows that you need to look at the camera, not off to the side as if at a shiny object, and not have your hair hanging limply in your face. I’m not elevating style over substance; it’s called engaging the audience. This is basic advice she should have gotten in any class where she had to make a presentation, but then I’m assuming she paid attention in school.
Posted by Rugosa at 10:05 AM No comments:


I wonder how many if any Intelligent Design believers are menopausal women?

I've now been through the whole female sexual/reproductive experience. If this is intelligently designed, I'd have really hated the stupid version.
Posted by Rugosa at 7:23 PM No comments:

Rugosa
Boston, Massachusetts, United States
Middle-aged, cat-owning single female who doesn't know what she wants to be when she grows up.